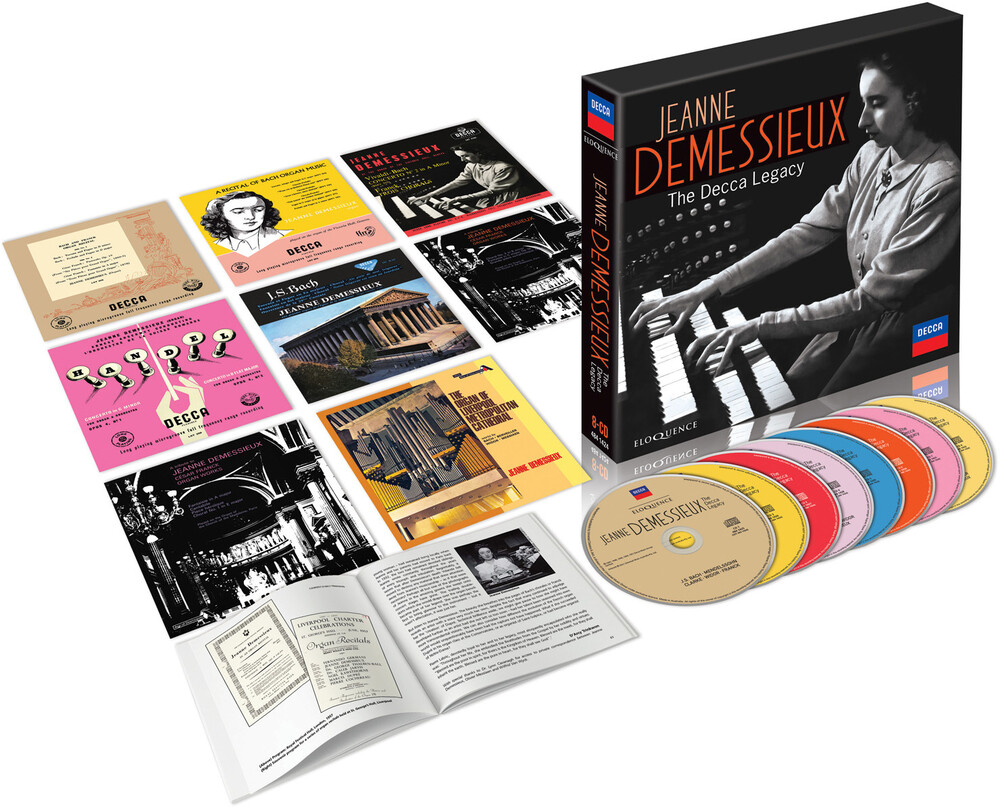 From her legendary debut through the succeeding years, Jeanne Demessieux brought virtuosity allied to intellect and sensitivity, and went on to become the glory of the French organ school. This 8-CD celebration of one of the instrument's most spoken-of, yet enigmatic figures, brings together for the first time her complete Decca recordings and a previously unpublished BBC Radio broadcast, and is released to mark the centenary of her birth. It includes Demessieux's legendary Franck recordings; her recordings from St. Mark's, North Audley Street, London, many released for the first time since the original 78s; little-known recordings of sacred songs with Demessieux accompanying the Belgian soprano, Suzanne Danco; and an improvisation on a submitted theme from the only extant BBC radio broadcast with Demessieux, which also includes Bach, Buxtehude, Widor and Messiaen. All recordings have been carefully remastered by Mark Obert-Thorn and Chris Bernauer. The accompanying booklet includes details of Demessieux's unpublished recordings, rare photos and facsimiles of some of her programs, extensive notes, including details of some of the recording sessions; and notes on the instruments and full specifications for each of the five organs.