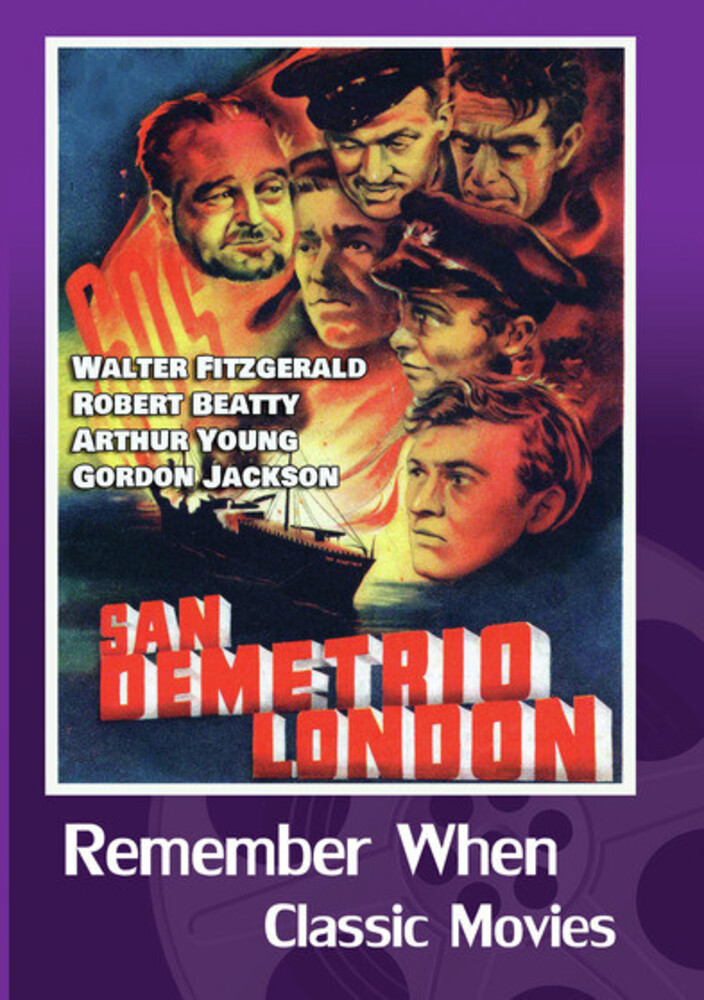 San Demetrio London is a British World War II docudrama based on the true story of the1940 salvage of the tanker MV San Demetrio by some of her own crew, who reboarded her after she had been set on fire by the German heavy cruiser Admiral Scheer, and then abandoned during the Battle of the Atlantic. The film stars Arthur Young as Captain George Waite, Walter Fitzgerald as Chief Engineer Charles Pollard and Ralph Michael as 2nd Officer Hawkins. This movie is a reconstruction of the story of the salvage of the British tanker, MV San Demetrio which was carrying a cargo of oil home from Galveston, Texas. The ship was abandoned by the crew having been set on fire by shells from the German cruiser Admiral Scheer. Of the three lifeboats which escaped the damaged tanker, two were picked up by other ships. After drifting for three days, the occupants of the third, who included the chief engineer and the second officer, reboarded the burning San Demetrio, extinguished the fires, and having managed to restart the engines, returned to Britain, sailing into the Clyde ten days later. This is a gripping story which will stay with you long after you have watched it!