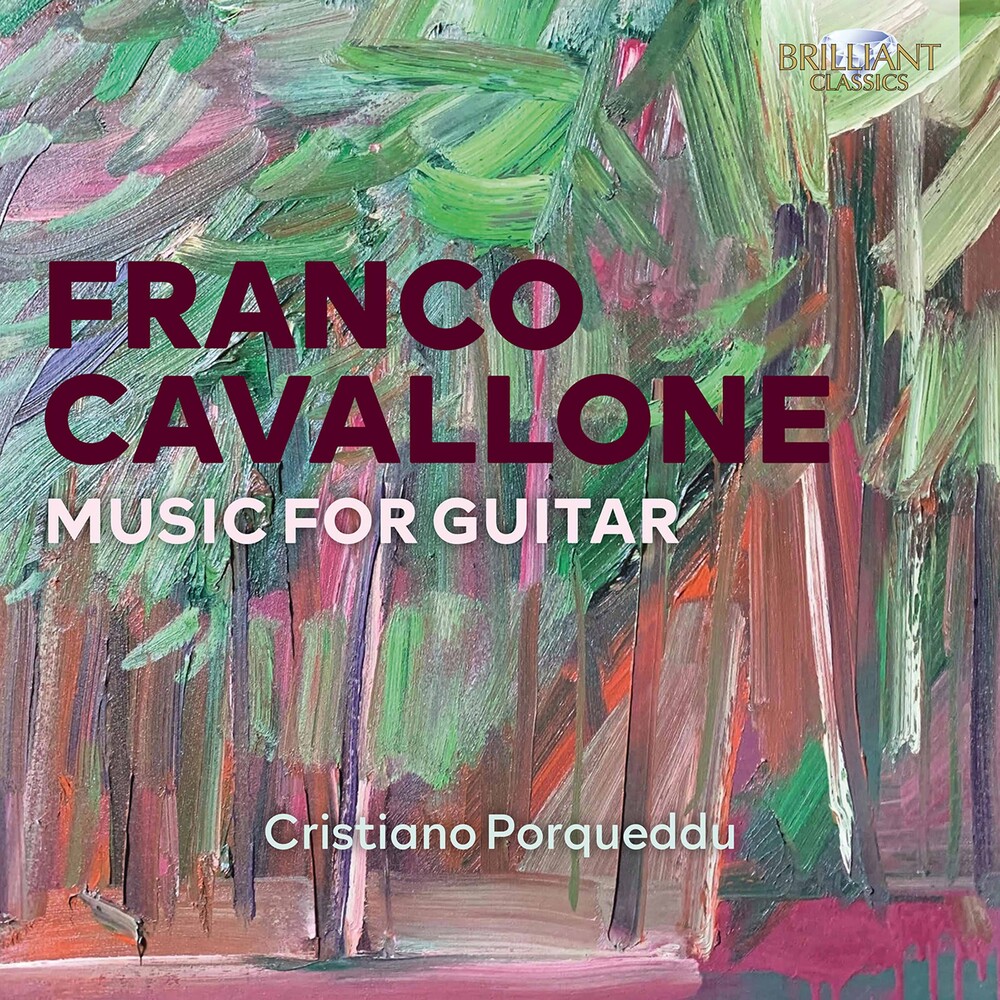 Joining the extensive library of guitar music in the Brilliant Classics catalogue, Franco Cavallone is a worthy successor to Italian guitar composers from Giuliani to Castelnuovo-Tedesco. He is an accomplished performer himself, having studied with the likes of Leo Brouwer and Angelo Gilardino, and the pieces recorded here have been composed with an intimate knowledge of the guitar's technical and timbral possibilities, which Cristiano Porqueddu exploits to the full, with the composer's enthusiastic approval: 'He has managed to create a kaleidoscope of sound and sense that is truly rewarding for the listener. I am convinced that this album set is a benchmark recording for my music for the guitar.' Cavallone's mastery of diverse idioms is engagingly broad, making these four albums full of discovery and surprise. The four sonatas on album one are each conceived in homage to a different style: 'to Ponce and Ravel', American composers, neoclassicism and to 20th century modernism. While Cavallone embraces rich dissonance and an impressionistic handling of chromaticism in the 12 Studies, he also writes with a moving simplicity in the homage to Tarrega, Di tante lagrime. A collection of six Hebrew melodies - dedicated to Porqueddu - demonstrates how effectively he can embroider and enrich folk and popular melodies, enhancing rather than detracting from their original character. Another 'homage' piece dedicated to Porqueddu is a three-movement sonata written with Benjamin Britten in mind, and recapturing some of the English composer's deft, economical sketching of situation and place in his late music, especially Venice. There are three vivid 'Suggestions' inspired by the paintings of Lia Laterza and a haunting set of variations on Monteverdi's Lamento d'Arianna'. A collection of 12 Short Preludes encapsulates Cavallone's eclectic language in microcosm, continually delighting and intriguing to the curious listener.