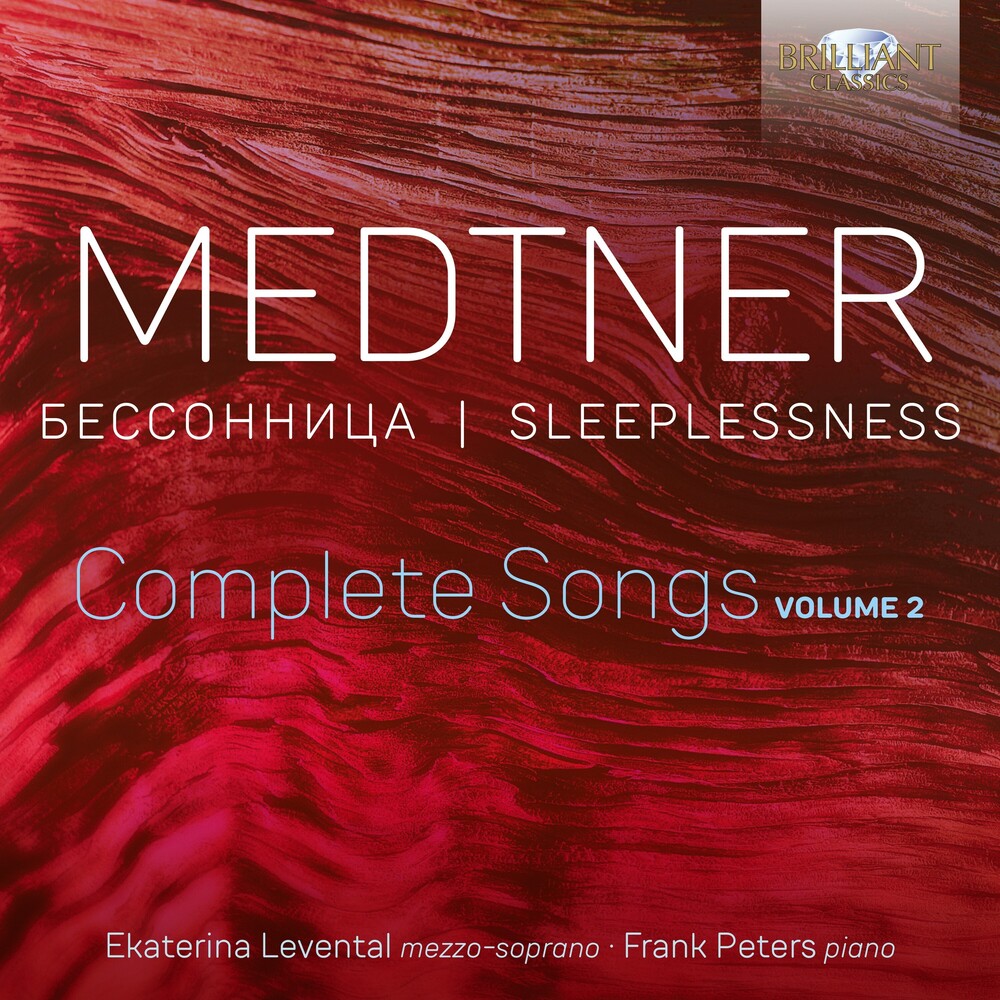 The first volume in this project, undertaken with missionary zeal by both singer and pianist, to rescue Medtner's song output from obscurity, was met with enthusiasm in the Dutch press. 'The melancholy, autumnal atmosphere evokes Tsarist Russia, of which the once Uzbek but long Dutch-resident Ekaterina Levental has perfectly captured the spirit. Her smooth singing is a joy to listen to.' (Opus Klassiek) Nikolai Medtner (1880-1951) was a Russian (with German roots) who lived outside the Soviet Union from 1921 and lived in London from 1936 until his death. He was a good friend of Rachmaninov and composed in a related style, with a hint of Scriabin here and there. His work dates from 'the long 19th century', ignoring the current of contemporary modernism; he continued to compose in a late romantic, tonal style until his last breath. Yet his music sings with it's own voice. Medtner, a considerable virtuoso, wrote sonatas and concertos that place great demands on the pianist, at first glance rhapsodic in form but hiding considerable formal sophistication. Seventy years and more after his death, Medtner no longer seems behind the times; his music may be enjoyed on it's own terms, and a renaissance in his appreciation began around 30 years ago, but it was focused on the big sonatas and concertos. The pronounced narrative character of his music is perhaps best appreciated in the shorter piano pieces such as the Skazki ('fairy tales'). It is these pieces to which Medtner's songs are most related.