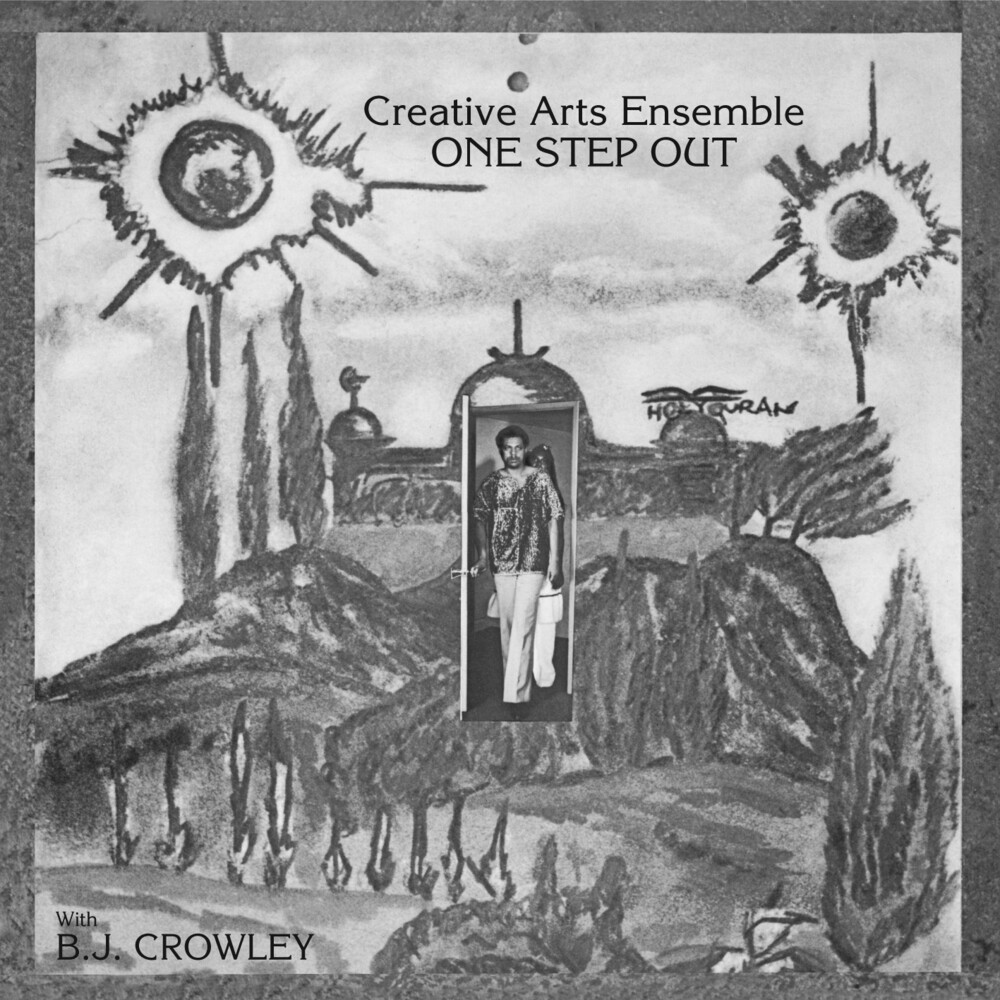 Nimbus West spirit jazz essential: the Creative Arts Ensemble's classic debut One Step Out. One of the most sought after and highly-regarded titles to have appeared on Tom Albach's celebrated Nimbus West imprint, One Step Out is a timeless work of spiritualized jazz. A true gem from the Los Angeles jazz underground, the album was pianist and composer Kaeef Ruzadun Ali's first recording as leader of the Creative Arts Ensemble, the only large ensemble group that emerged directly from Horace Tapscott's legendary Pan Afrikan Peoples Arkestra community jazz group. A Los Angeles native, Kaeef was introduced to the Tapscott circle in the late 1970s. His first experience of the Arkestra's ethos was through PAPA tenorist Michael Session, who took him to the famous 'Great House' at 2412 South Western Ave., LA - a large mansion house which members of the Arkestra had taken over as a space for communal living. Life in the Great House was a continuous stream of music, dance and community events. 'When I walked in there,' recalled Kaeef, 'it was like this whole rush came over me, just from going in the front door - It was like a very, very warm feeling of love. I went and I came out with 'Flashback Of Time', and that was my first arrangement.' Kaeef quickly became a significant contributor of compositions to the Arkestra's songbook - his piece 'New Horizon' would be recorded by Horace Tapscott for the latter's Tapscott Sessions series. But 'Flashback Of Time' would eventually appear on One Step Out, played by the new group he had put together from stalwart Arkestra members. Inspired by both Tapscott's example and by the Art Ensemble of Chicago, Kaeef had wanted to follow their lead by assembling a larger unit. Featuring seasoned Arkestra regulars including reedsman Dadisi Komolafe, drummer Woody 'Sonship' Theus and altoist Gary Bias, with veterans Henry 'The Skipper' Franklin on bass and George Bohannon on trombone, One Step Out is a key document of the Los Angeles radical jazz underground. Featuring the sanctified vocals of Kaeef's sister, B. J. Crowley, the album is a tour de force of spiritually energized independent jazz music.