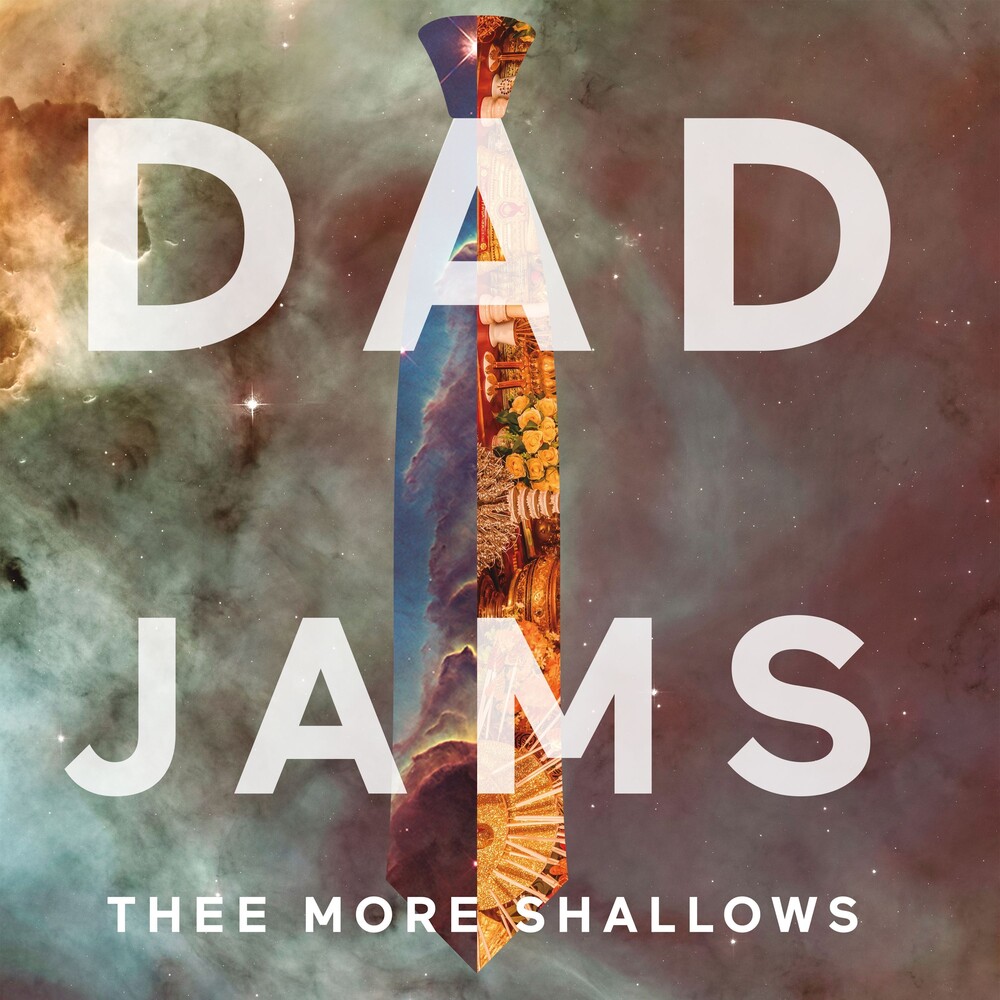 Three-piece US experimental indie-rock band Thee More Shallows released three albums and a couple of EPs back in the early 00's, garnering widespread critical acclaim and a cult following before they disbanded. Each of the members moved into new phases of their lives. Now, frontman Dee Kesler has emerged from the wilderness working under the Thee More Shallows moniker again with the help of some previous band members and some new musicians. 'Dad Jams' is an indie-pop ode to waking up middle aged with kids. Musically, it retains the adventurous, experimental edge of previous Thee More Shallows albums, but it is also rooted in a stronger pop sensibility, with plenty of bouncy, hooky melodies that burrow into the mind for days. First single 'Ancient Baby' rockets the album open with an invigorating blast of psychedelic hippy-infused pop, it's weaving flute refrain becoming more and more embedded in the mind with each return. 'Boogie Woogie' builds around a restrained synth groove that surprises and delights with crystalline harmonies in the sort of way bands like Foster The People and The Temper Trap combine sensitive emotive themes in a tightly packed indie formula. Elsewhere on the album the catchy warped acoustic melodies of 'Drinking Tang' expand into bubbly synths and ice-cream sweet reflective heart-tugging goodness, and 'Hey, Come On!' moves more sparsely with a distant drum machine underpinning melancholic lyrics. Each track on this record unfurls in it's own way, with more and more sonic gems to find on each listen. 'Dad Jams' is probably the coolest album anyone's ever written about fatherhood. The album's playful melting pot of sounds combines eccentric experimentation with perfect epic pop moments, achieving the mysterious feat of merging electronic, experimental and indie rock genres seamlessly for an intriguing set of incredibly engaging earworms.