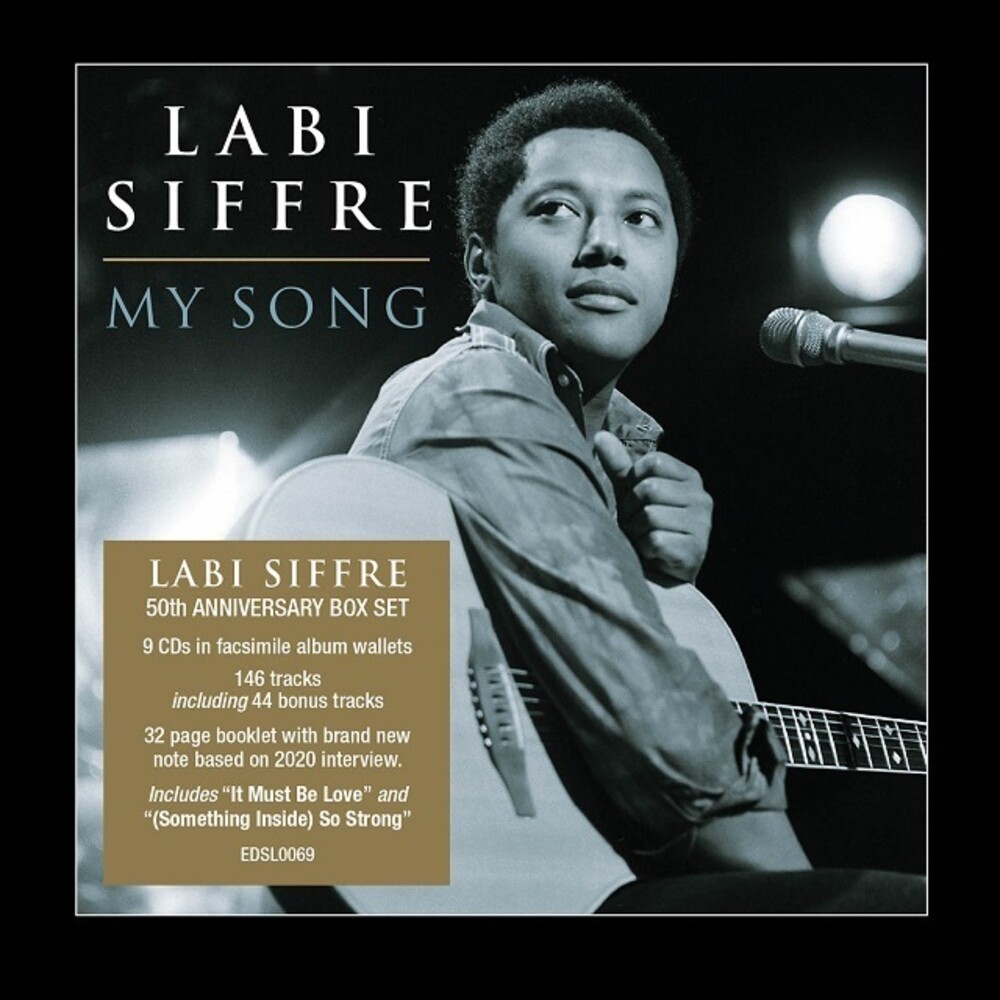 UK nine CD set. My Song is the first and definitive Labi Siffre box-set and is released to celebrate 50 years of an outstanding musical career. A total of 146 recordings - compiled by Labi and including 44 bonus tracks - together with a 32-page picture booklet in which Labi speaks candidly about his career. Containing all of Labi's nine albums: Labi Siffre (1970), The Singer and The Song (1971), Crying Laughing Loving Lying (1972), For The Children (1973), Remember My Song (1975), Happy (1975), So Strong (1988), Man of Reason (1991), and The Last Songs (1998), all of which presented individually in it's own CD wallet facsimile of the original album sleeve artwork. It was in 1970 that Labi released his debut album. It was in 1981 that the British group Madness enjoyed a top-5 hit with their version of "It Must Be Love", a song which to this day continues to feature as an essential musical ingredient of celebrations of every kind. Today, Labi's music is sampled by many; most notably his recording "I Got The..." sampled extensively by Eminem for his debut worldwide hit "My Name Is" and "My Song" sampled by Kanye West for one of his greatest hits "I Wonder".