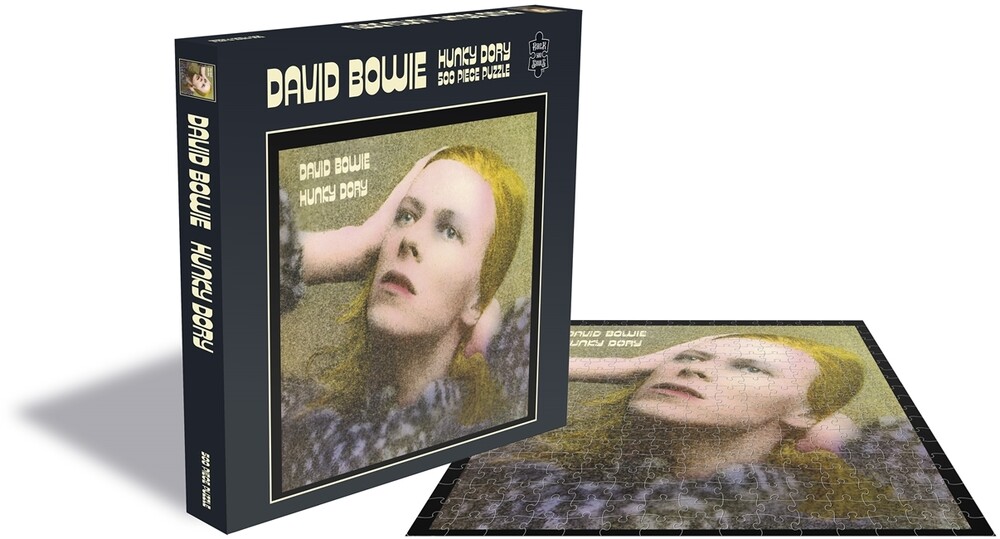 "Hunky Dory" is David Bowie's fourth studio album, released in December 1971. Following the hard rock sound of "The Man Who Sold the World", the album marked a move towards art rock and art pop styles. "Hunky Dory" was initially released to favourable critical reception but wasn't a major success until the commercial breakthrough of Bowie's following album "The Rise and Fall of Ziggy Stardust and the Spiders from Mars". Retrospectively, the album has received critical acclaim and is considered as one of Bowie's best works. It was ranked 107th on Rolling Stone magazine's list of The 500 Greatest Albums of All Time and Time magazine chose it as one of the 100 best albums of all time. According to Acclaimed Music, it is the 70th most celebrated album in popular music history. The album cover, photographed by Brian Ward and airbrushed by Terry Pastor, was influenced by a Marlene Dietrich photo book that Bowie took with him to the photoshoot. This iconic artwork is now available as a 500 piece jigsaw puzzle printed on high quality board. 500 pieces, Weight: 490g, Jigsaw size: 41 cm x 41 cm, Box size: 30.9cm x 30.9cm x 2.8cm